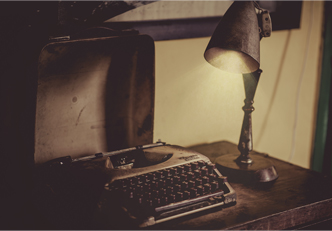 Yes, I have! The focus of the past week has been entirely on Encyclopedia Sarcadia.

Where are we at with Encyclopedia Sarcadia?

I’ve finishing writing up information on the remaining Tenebites who are part of the Synod.

The group rebelling against Elysia, Master of Tenebris, right?

Who are the final additions to the Synod?

We have Behemoths, Manticores, Gorgons, the Zahrakii, the Sitorians, Banshees, and the Tengu.

Sounds like you’ve been very busy! And to think, you’ve written up all of this while playing Path of Exile!

I know right? I’m happy with the amount of work I’ve done.

I’m sure most of us are familiar with Banshees and Gorgons, but tell us about the Zahrakii and the Sitorians.

The Zahrakii are serpent humanoids who have the upper body of a human and a lower body and head of a snake. They’ve had a long rivalry with the Gorgons over who the superior reptilian race of Tenebris is. They now find themselves united against the Drakonkin, another powerful race of serpent-like beings, who have pledged their allegiance to Elysia. In return, the Dark Mother has offered to help the Drakonkin enslave the Zahrakii and the Gorgons.

If I were a Drakonkin Elysia would have my vote! Let’s talk about this other group, the Sitorians.

The Sitorians are mysterious, giant humanoids who look like mummified corpses. They’re powerful necromancers who have only existed in Tenebris for around five thousand years. They kept out of the affairs of the other races and, in return, the other Tenebites stayed away from them. Normally the Sitorians and their undead armies would be engaged in battles against one another, but now they’ve united and sided with the Synod against the Dark Mother.

That’s a bit odd. Why would dead people want to do something like that?

No one knows. Some thinks it’s due to the lack of corpses on the battlefield since Elysia is taking them to feed her children. Others think something more sinister is going on.

Like what? Wait you’re not going to tell us, are you?

Nope. I’ll let the suspense build a bit. You can read a bit more about them in more detail when Encyclopedia Sarcadia is released.

Well, get back to writing then! Don’t keep us in suspense for too long!